To share your memory on the wall of Todd McNett, sign in using one of the following options:

He is survived by his 2 children, Haley (Jacob Ostenson) McNett of Brodhead and Joshua (Jerianne Mestas) McNett of Westminster, CO; 2 grandchildren, Mia and Amarra Ostenson with a 3rd, Dominic Michael Ostenson due in November. Todd is also survived by his parents, Stanley and Dorothy McNett as well as aunts, uncles, cousins and other relatives. He was preceded in death by his grandparents.

Memorial services will take place at 11:00 a.m. on Saturday, June 27, 2020, at the WHITCOMB-LYNCH FUNERAL HOME & CREMATION SERVICE, with Rev. Jerry Dean officiating. Visitation will be held on Saturday from 10:00 a.m. until the hour of service at the FUNERAL HOME. Memorials would be preferred to the American Heart Association.
Read Less

To send flowers to the family or plant a tree in memory of Todd M. McNett, please visit our Heartfelt Sympathies Store.

We encourage you to share your most beloved memories of Todd here, so that the family and other loved ones can always see it. You can upload cherished photographs, or share your favorite stories, and can even comment on those shared by others. 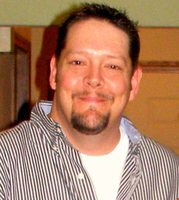