To share your memory on the wall of Thomas Woodman, sign in using one of the following options:

After all his schooling, Tom enlisted in the US Army and served his country during the Vietnam War 1969- 1971, he was honorably discharged as an E5. Tom worked at GM for 40 years retiring in 2008.

Tom truly enjoyed the open road having a passion for semis and car races along with his trips with Sue especially down Route 66. He would follow the Wisconsin Badgers, Milwaukee Brewers, and the Chicago Bears sports teams. Tom adored his cat Holly and the cuddles. His pride for his yard was renowned with anyone who knew him. Most of all though family meant the world to Tom whether it was just spending time with his five grandchildren relaxing or attending their sporting events, or even the road trips with his sons.

Due to Governor Evers Emergency Order #5 prohibiting mass gatherings of 10 people or more, the family will have a private service. Please visit www.whitcomb-lynch.com to send condolences to the family.

Sue and the family wish to give their appreciation to Dr. Shekhani and his staff, Amanda and Sara with Palliative & Hospice Care, and to Dr. Bangert and the rest of the Mercy staff for the care and compassion provided to Tom and us.
Read Less

To send flowers to the family or plant a tree in memory of Thomas L. Woodman, please visit our Heartfelt Sympathies Store.

We encourage you to share your most beloved memories of Thomas here, so that the family and other loved ones can always see it. You can upload cherished photographs, or share your favorite stories, and can even comment on those shared by others.

Friends at the Janesville Conservation Club, The Harless Family, and other have sent flowers to the family of Thomas L. Woodman.
Show you care by sending flowers

Posted Mar 24, 2020 at 12:54pm
Tom always had a way to make me smile when I called or saw him at school when he was picking you up. Tom and you are a powerful couple and your love for each was a superpower. I feel blessed to have been able to met him and call him a friend. My friend, God bless you and my prayers are with you and the boys. Love, Betty
Comment Share
Share via:
TS

Posted Mar 23, 2020 at 04:50pm
Chad and family,
Please accept my deepest sympathy and condolences on the loss of your father. You will be in my thoughts and prayers.
Tony Farrell, Sr.
Comment Share
Share via:

Posted Mar 23, 2020 at 03:16pm
Dear Sue and the entire Woodman family.
We are so sad to hear this news of Tom. He was my buddy/cousin when we were very young. Please accept our heart felt condolences.
Thank you for letting Scott know so that he could let myself and sisters know.
Sincerely,
Vicki (Bliss) and Charles Jackson
Comment Share
Share via:
KN

Posted Mar 23, 2020 at 02:33pm
Sue, Bonnie and family,
I am so sorry to hear of Tom's passing. We were best friends in High School and our 20's. If it wouldn't have been for Marge, we would have probably not made it to our thirty's. So many stories and adventures. Rest in Pease Tom! 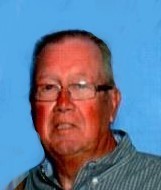