To share your memory on the wall of Richard Henning, sign in using one of the following options:

Print
Richard T. Henning, 79, passed away at Mercy Hospital, Janesville on Sunday, August 16, 2020. He was born November 9, 1940 to the late John C. and Mary Henning. He married the former Nancy Rice in July 1963 in Janesville.

Richard graduated from Janesville High School in 1959. He was employed with Northwestern Railroad and Norwood Mills, from which he retired. Richard enjoyed his nature walks at Rockport Ski Trails and the JSOL; going fishing, helping at the Salvation Army Food Pantry, and drives in the country. He also enjoyed traditions with his grandchildren including going to the movies, making Christmas cookies, birthday celebrations, the many fairs, and of course going out to eat. The traditions continued when the great grandchildren came around.

Funeral Service for Richard will be held on Thursday, August 20, 2020 at 11:00 AM at the Whitcomb-Lynch Funeral Home, 21 S. Austin Rd, Janesville. Visitation will be from 10:00 AM until time of service. Burial will follow in Milton Lawns Memorial Park. Please visit www.whitcomb-lynch.com to send condolences to the family.
Read Less

To send flowers to the family or plant a tree in memory of Richard T. Henning, please visit our Heartfelt Sympathies Store.

We encourage you to share your most beloved memories of Richard here, so that the family and other loved ones can always see it. You can upload cherished photographs, or share your favorite stories, and can even comment on those shared by others. 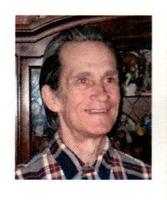