To share your memory on the wall of Paul Gasser, sign in using one of the following options:

Paul enjoyed many hobbies throughout his life. He had a love for woodworking and made many projects that were gifted to and treasured by friends and family. Paul was never too busy to lend a hand when asked or needed. His love for life was evident to all that knew him. He started most days with a long walk with the family dog. If you needed Paul, you could normally find him out in the yard, as he prided himself on having a pristine lawn. If he wasn’t mowing, he was probably planting a tree or filling bird feeders or working on a project in his shop. Paul rarely was idle. He was blessed with many lifelong friends that he treasured. He enjoyed meeting with his friends, playing a game of Euchre and having a cold beer at one of the local pubs.

Paul also enjoyed long weekends at Lake Redstone, where he and his wife spent much of their summers. While there, he enjoyed boating, fishing and riding his jet ski at full throttle. He never shied away from the chance to do a few donuts on the jet ski or to ride on the pontoon.

He was preceded in death by his parents, Harold and Audrey.

Due to health concerns, the family will be holding a Celebration of Life for Paul at a later date. Please visit www.whitcomb-lynch.com to send condolences to the family.
Read Less

To send flowers to the family or plant a tree in memory of Paul A. Gasser, please visit our Heartfelt Sympathies Store.

Print
No services at this time.

We encourage you to share your most beloved memories of Paul here, so that the family and other loved ones can always see it. You can upload cherished photographs, or share your favorite stories, and can even comment on those shared by others.

Posted Nov 17, 2020 at 08:41am
I did not realize he was a Veteran--thank you for his service to our country! My thoughts and prayers are with you and your family during this difficult time.
Comment Share
Share via:
FF

Posted Nov 14, 2020 at 09:45am
Paul was a wonderful neighbor on Lake Redstone. He will be greatly missed . I enjoyed pontoon rides with he and Janet this past summer. Faye McManamy

Posted Nov 14, 2020 at 02:35am
Jay, Dan and I are so sorry to learn of Paul's passing. We so enjoyed being neighbors for the years we lived on Ridge View Dr. You two were the best neighbors!! So many wonderful memories come to mind! I remember Paul starting out first thing each day for his walk with his best four legged friend. After his walk, if it was morel season, he'd head out with a bag, concealed in one hand, to check the woods for the newest morels to bring home. Your lawn was always impeccable! I know my Creeping Charlie, creeping close to the property line, kept Paul on alert. I just mentioned to a friend last week, of how Paul would mow the lawn on the rider, and would have markers along with him, so if he saw a weed, he'd mark it. After mowing, he was right out there with his sprayer to take care of it. We have so many great memories that we'll remember Paul by. We are so very sorry for your loss. Dan and Judy Janke.
Comment Share
Share via:
BZ

Posted Nov 13, 2020 at 05:44pm
So sorry to hear this news. I grow up with Paul in Lime Ridge. He will be missed by friends and relatives
Comment Share
Share via: 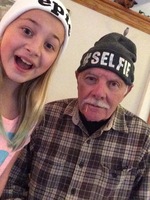 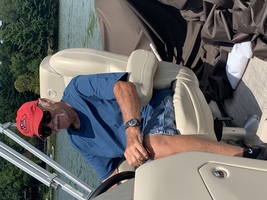 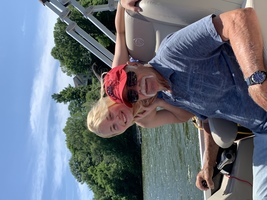 Admin|Obittree|Privacy Policy|Terms of Use|Sitemap|Powered by FrontRunner Professional & TA
Share by: