To share your memory on the wall of Lisa Johnson, sign in using one of the following options:

Print
Lisa (Lewis) Johnson, age 54, died Friday, May 22, 2020 at her mother’s home in Janesville, WI after fighting a long and hard battle of ovarian cancer for 18 months.

Lisa enjoyed helping everyone and her family and friends. She enjoyed making floral arrangements and collecting, shining rocks.

She moved to Janesville, WI in 1994 and worked at General Motors, Hufcor, and Tremors Bar & Grille before moving to Illinois and taking a job at John Deere, Davenport, IA where she met her husband Richard “Rick” Johnson. They married on August 8, 2014 in Morrison, IL. She was a proud member of UAW Local 281 and the Women’s Community.

A Celebration of Life will be announced at a later date. Whitcomb-Lynch Funeral Home, 21 S. Austin Rd, Janesville, WI is assisting the family. Please visit www.whitcomb-lynch.com to send condolences to the family.
Read Less

To send flowers to the family or plant a tree in memory of Lisa R. Johnson (Lewis), please visit our Heartfelt Sympathies Store.

There are no events scheduled. You can still show your support by sending flowers directly to the family, or planting a memorial tree in memory of Lisa R. Johnson (Lewis).
Visit the Heartfelt Sympathies Store

We encourage you to share your most beloved memories of Lisa here, so that the family and other loved ones can always see it. You can upload cherished photographs, or share your favorite stories, and can even comment on those shared by others.

Posted Jun 03, 2020 at 02:34pm
Lisa will be sorely missed. She was an incredibly dedicated worker that was never shy when it came to helping someone out. We both had the occasion to have some of our work tasks be outside and regardless of how bad the weather was, she was always there. Thank you Lisa for brightening my day and bringing a smile to my face.
Comment Share
Share via:
JW

Posted May 26, 2020 at 01:42pm
Dearest Lisa,
You will be and already are dearly missed by your family and friends. I have many fond memories of growing up in the Lewis family, especially our reunions. May you have peace in the arms of our heavenly father. Rest assured we will be united one day. - Cousin Tim Weber
Comment Share
Share via: 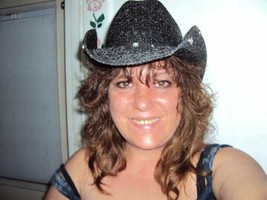