Order a Book of Memories™
for Your Loved One
Learn More

We are here to help you. If you have need of our services, please call us, day or night. Or, if you prefer, you can fill out the form on the right.

Are you thinking about pre-planning your funeral? Pre-planning is the best way to choose how you're remembered, to ease the emotional and financial burden on your loved ones, to protect yourself from rising funeral costs, and to let your family know your final wishes.

We provide our families with an open door policy. Please feel free to contact us 24 hours a day.

We provide our families with an open door policy. Please feel free to contact us 24 hours a day.

To share your memory on the wall of Eric Anderson, sign in using one of the following options:

To send flowers to the family or plant a tree in memory of Eric R. Anderson, please visit our Heartfelt Sympathies Store.

We encourage you to share your most beloved memories of Eric here, so that the family and other loved ones can always see it. You can upload cherished photographs, or share your favorite stories, and can even comment on those shared by others.

Posted Sep 27, 2020 at 04:20pm
Uncle Eric, you were such a funny and wise man. You were there for a lot of my life milestones while growing up. and You were there to cheer me up during middle school meltdowns. You and Uncle Odie smiled through breakfasts I made after long nights partying. I’m sure they weren’t too good for hangovers. You showed up at my volley ball games when my parents couldn’t. You were at my H.S graduation to make sure to smack a big kiss on my cheek and cheered me on. Your doggy bday for Fungus was a riot. You were there for my son’s first bday with a pack of tampons for him. This world has lost an amazing soul.
Comment Share
Share via:
M

Posted Sep 27, 2020 at 12:53pm
We are so deeply saddened by the loss of "Uncle"Eric. He was truly a wonderful man with a heart of Gold. He was larger than life. And never met a stranger.His memory will live on through many people with many stories. May God give you all peace and comfort in this truly sad time. Ride with the angels until we meet again. Love and Hugs !♡
Comment Share
Share via:
TP

Posted Sep 27, 2020 at 11:37am
I'm stunned. Your sense of humor, and honesty will be sorely missed. I will see you on the next ride, somewhere some place. RIP
Comment Share
Share via:
JC

Posted Sep 26, 2020 at 04:53pm
Our sincer Condolences, Love and prayers to you and family. Mike and Tricia Carr

Posted Sep 26, 2020 at 03:03pm
Thinking of you and wishing you moments of peace and comfort during this difficult time - and wishing you hope and healing. Sharing your sadness.

Flowers were purchased for the family of Eric Anderson. Send Flowers 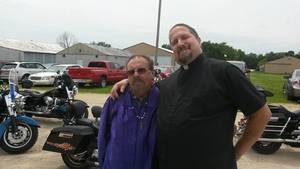 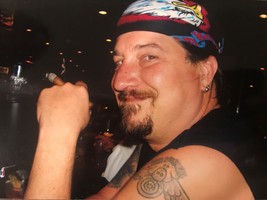 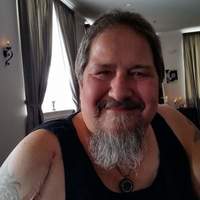