To share your memory on the wall of Donald Saevre, sign in using one of the following options:

To send flowers to the family or plant a tree in memory of Donald Q. Saevre, please visit our Heartfelt Sympathies Store.

We encourage you to share your most beloved memories of Donald here, so that the family and other loved ones can always see it. You can upload cherished photographs, or share your favorite stories, and can even comment on those shared by others.

Nicole and Kelly Schuessler sent flowers to the family of Donald Q. Saevre.
Show you care by sending flowers

Posted Jul 16, 2020 at 09:52am
I would like to tell Betty and Don's family how much I thought of Don. His mother and My dad Bill Quinnn were brother and sister. Due to my health and my husband's we will not be able to attend his service. I babysat for Dean and Larry back when they were little. My name now is Ellen Quinn Farrington and we live on a farm near Edgerton
Comment Share
Share via:
TL

Posted Jul 15, 2020 at 10:20pm
Here's to a very giving person who helped me manage some of pitfalls of South Area many years ago. To the guy who helped me to enjoy the sport of trapshooting and to a heck of person who always had time for some one else. Will see you on the other side if the road is still straight. Tom (Louie) Lewis
Comment Share
Share via:
NS

Posted Jul 15, 2020 at 10:03am
Dean, Maryann and Family - Wishing you peace to bring comfort, courage to face the days ahead and loving memories to forever hold in your hearts.

Posted Jul 14, 2020 at 02:32pm
We are lucky to have so many great memories of our times with Don and his family. He was such a fun guy to be with although on the quiet side while laughing. We will miss him but so glad he is at peace.
Comment Share
Share via:

Posted Jul 13, 2020 at 06:28pm
You all in my thoughts and prayers! This is my original Freckle Man he used to sing the Freckle Song to me all the time, now my grandson Braun Saevre does it for him. The song is great and will remind you of Don! Look it up if you time. 😢🙏
Comment Share
Share via:
GH

Don was a Very Upbeat ,Positive guy . Was always good with a Story or a Joke . RIP Don 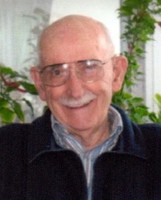