To share your memory on the wall of Daniel Thiel, sign in using one of the following options:

On October 16, 1992, Dan married Vicky Nelson in Janesville, WI and with that the next 28 years were filled with fun and so much laughter.

Dano enjoyed singing, deer hunting, playing softball, was a die-hard Green Bay Packer and Milwaukee Brewer fan. He loved his yearly smelt fishing trips that followed with the weekly Sunday Smelt and Bloody Mary day, which many times started on Friday. Dano never met a stranger, he could honestly talk to anyone. Most of all though, he was an amazing husband, dad and an unbelievable grandpa.

Visitation for Dan will be held on Thursday, June 25, 2020 from 2:00 to 5:00 PM at the Whitcomb-Lynch Funeral Home, 21 S. Austin Rd, Janesville. A Funeral Service will follow at 5:00 PM. Please visit www.whitcomb-lynch.com to send condolences to the family.

With all things happening we would like to sincerely thank Dr. Gulliver and the nurses at Mercy Hospital, Janesville Fire and Rescue, Janesville PD, Vonnie and Ashley for being there for Dano to give us a few more days with him and all other families who have been so supportive through the years. How you feeling? “better than anybody”
Read Less

To send flowers to the family or plant a tree in memory of Daniel S. Thiel, please visit our Heartfelt Sympathies Store.

We encourage you to share your most beloved memories of Daniel here, so that the family and other loved ones can always see it. You can upload cherished photographs, or share your favorite stories, and can even comment on those shared by others.

Always, Amy and Jerome, Sherry & Chris Chandler and Maddy & Noah, and other have sent flowers to the family of Daniel S. Thiel.
Show you care by sending flowers

Posted Jun 25, 2020 at 12:04pm
So Sorry Vicki for the loss of Danny. Enjoyed seeing him during smelt Sunday's at Charlie's Place.

Many people enjoyed him on those Sunday's for second service Church. Take Care and all the best to you and your family .
Jeff Quinn
Comment Share
Share via:
AJ

Posted Jun 25, 2020 at 09:34am
Our prayers to your family during this time. Dan was a wonderful man and we will miss his greetings on our walks

Always, Amy and Jerome purchased flowers and planted a memorial tree for the family of Daniel Thiel. Send Flowers

Flowers were purchased for the family of Daniel Thiel. Send Flowers

Posted Jun 24, 2020 at 01:56pm
With Deepest Sympathy from The Skryzypchak and Krueger Families

Flowers were purchased for the family of Daniel Thiel. Send Flowers 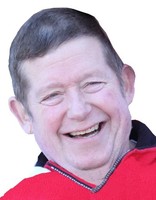