To share your memory on the wall of Carol Little, sign in using one of the following options:

To send flowers to the family or plant a tree in memory of Carol Lea Little (Roth), please visit our Heartfelt Sympathies Store.

There are no events scheduled. You can still show your support by sending flowers directly to the family, or planting a memorial tree in memory of Carol Lea Little (Roth).
Visit the Heartfelt Sympathies Store

We encourage you to share your most beloved memories of Carol here, so that the family and other loved ones can always see it. You can upload cherished photographs, or share your favorite stories, and can even comment on those shared by others.

Posted May 30, 2020 at 07:02pm
I've assembled a Google photo album of Carol over the years. Please click on this link to see it.
https://photos.app.goo.gl/kKtiSrKtqEnYY5Vf6

Posted May 19, 2020 at 07:08pm
My mom lived her life to the fullest. We will miss her but her legacy lives on in her children and grandchildren.

Posted May 11, 2020 at 02:10pm
Doug
Very sorry about Carol. Loved your mom. She was my very first real travel adventure. My mom put me on a greyhound bus in Youngstown and sent me to ( I think it was around Erie PA) I've never forgotten her meeting me at the bus. Big moment for a little kid. Had lots more but that was a standout for me.
Rick Bingham
Comment Share
Share via:

Posted May 09, 2020 at 10:26am
I'm sorry to hear about your Mom. She was a fantastic wife to my Dad. I don't know what he would have done without her.
She made his life so much better and they made a great team. She talked about you often. You were a great son to her.
She told me about you taking her out to dinner and the movies quite regularly and about the trips you'd take her on.

You and your family will be in thoughts and prayers in the coming days.
I pray you have strength and that the memories you have of her comfort you in your time of grieving.

Posted May 09, 2020 at 10:23am
I didn't spend much time with Carol, but I know my dad was lucky to find her and have many happy years with her.
Eileen Shaughnessy
Comment Share
Share via: 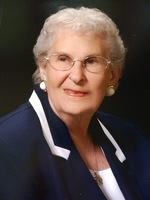